A Veggie Burger My Husband Will Eat | Food Confidence 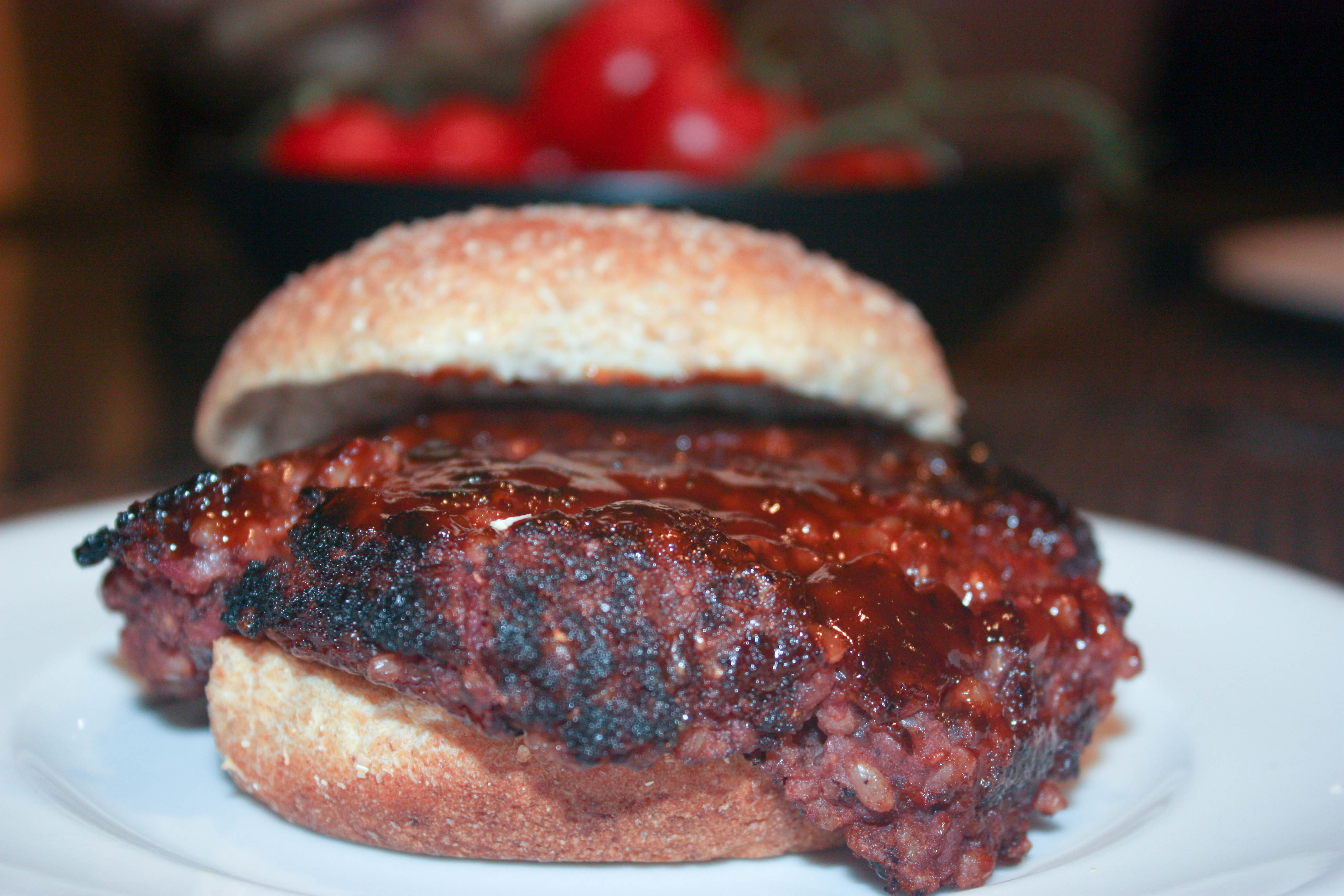 I’m always on the lookout for an awesome veggie burger.  I’m a vegetarian, but I like my burgers to taste meaty and have lots of flavor.  Many don’t.  My very favorite is the veggie burger at Houston’s restaurant, but I don’t get there much.  I found a few copycat recipes online and, feeling confident, I thought…why not?  I picked the one with the most rave reviews and gave it a try.

The results were good!  The burger had great “meaty” flavor (just like Houston’s) and the hickory barbecue sauce is the bomb!  However…there are a few things I would change. First off, my bun was awful.  For this burger, skip the high fiber, whole wheat bun. It’s just not good. Splurge here on a bun that’s meant to house a burger. Perhaps grilling the bun in a bit of butter would have helped, too.

I mixed up all the ingredients in a food processor, which worked lovely and was quick and easy.  I made the brown rice fresh that evening and I would not recommend that at all. The mixture was the consistency of a “sloppy Joe” and although I was able to form a patty and fry them up, I think cold rice would have been a better bet.  Also, no matter how delicious you think it would be, don’t be tempted to baste both sides of the burger with the hickory barbecue sauce while cooking. It will just burn on the bottom and be crunchy. Yuk. 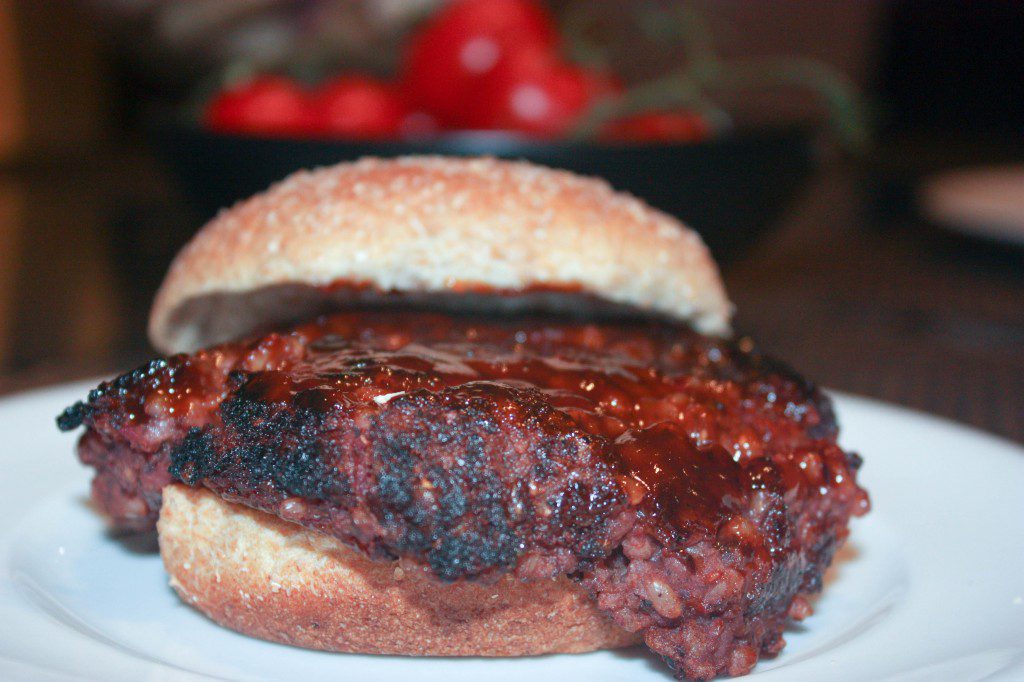 Okay, that’s it for my tips.  I noted my ingredient adaptations below.  If you’re looking for a meaty, sweet and very tasty burger, give this a try.  My husband (yes, the one who eats anything) had two for himself and was full.  He also liked the fact that they were meaty but not at all greasy.  🙂 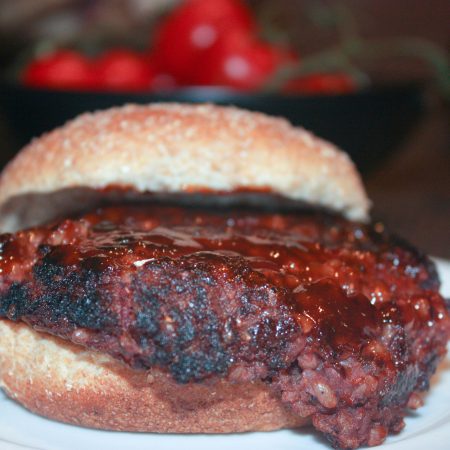 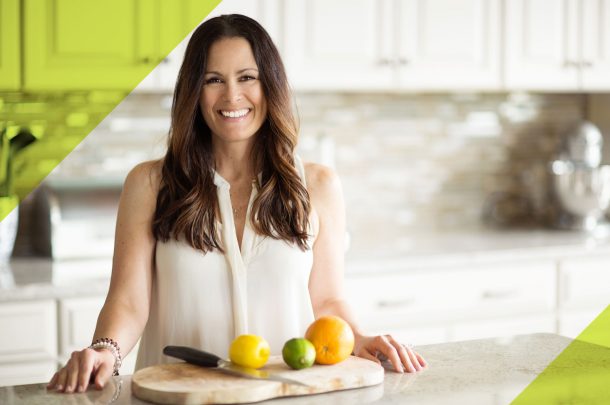 SIGN UP
Made these spinach, red pepper and leek egg muffin