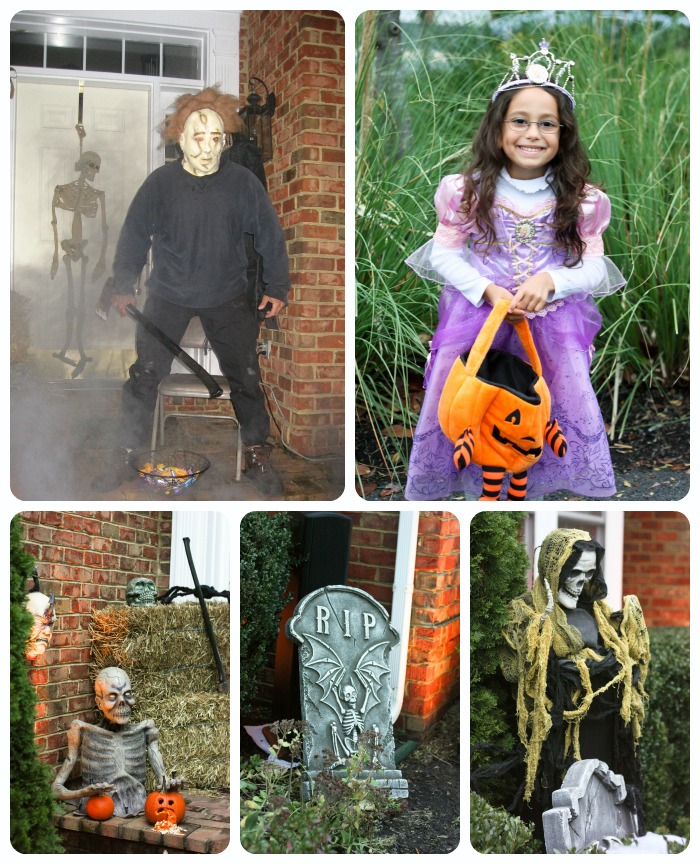 Halloween has become quite the event at our house over the years.  My husband has a reputation in the neighborhood, in part for the cool decorations, fog machine, and scary music, and in part for his exuberance in chasing kids down the street in his Michael mask.  Norah doesn’t appreciate “the mask” one single bit and still cries whenever he puts it on.  There’s just no convincing her it’s just Daddy under there.

I’ll admit it’s kinda fun to watch the neighborhood kids act tough and then run for their lives down the street.  I guess that’s what Halloween is all about…scaring the kids.  And of course collecting and sorting the candy.  After an hour of scaring kids and giving out hardly any candy, Hany had to tone it down and actually let some kids come to the door so he could get rid of it.

Speaking of getting rid of it (the candy, that is)…here are a few tips for putting it to some use:

What’s your strategy?  Do you let the candy linger in your house until it gets eaten or do you toss it right away?

SIGN UP
Best thing about doing cooking demos in my kitchen

Want to save time when it comes to smoothie prep?