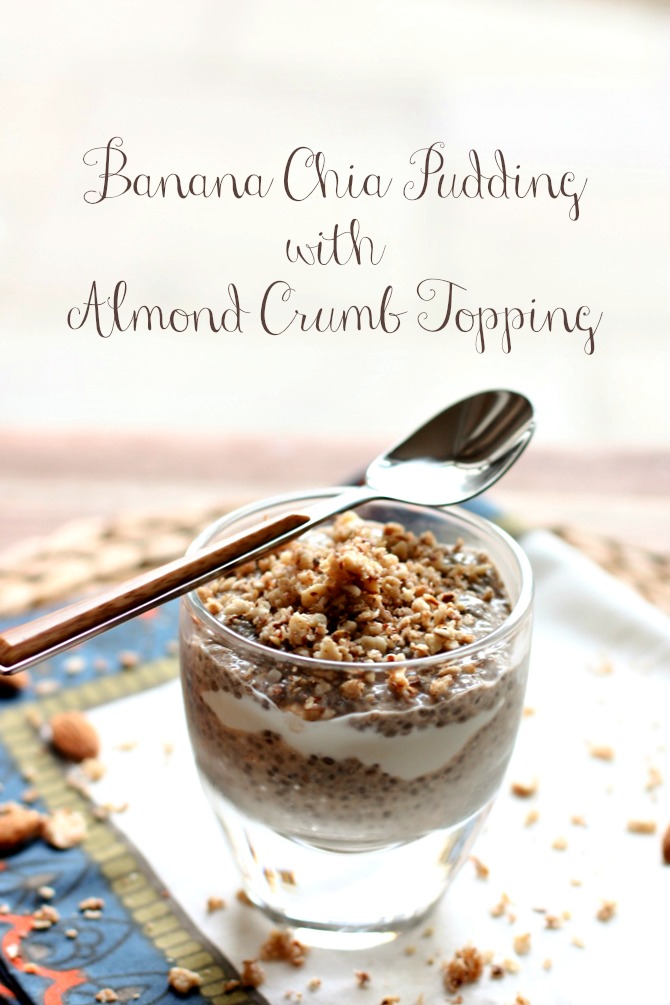 This post is part of the California Almonds #CrunchOn campaign. As a member of the Healthy Aperture Blogger Network, I was compensated for my time and received free samples for recipe testing.

Almonds are a staple in our house. Raw almonds, slivered almonds, almond butter, almond flour, almond milk — you name it, we are using it one way or another. What’s your favorite way to snack on almonds?

This recipe is a triple threat. I used almonds three ways for extra amazing almond goodness. First, I made homemade almond milk with almond butter to make the chia seed pudding. Then I used fresh raw almonds to make the sweet and crunchy almond crumb topping.  If you love coffee cake, you will love this almond crumb cake pudding! 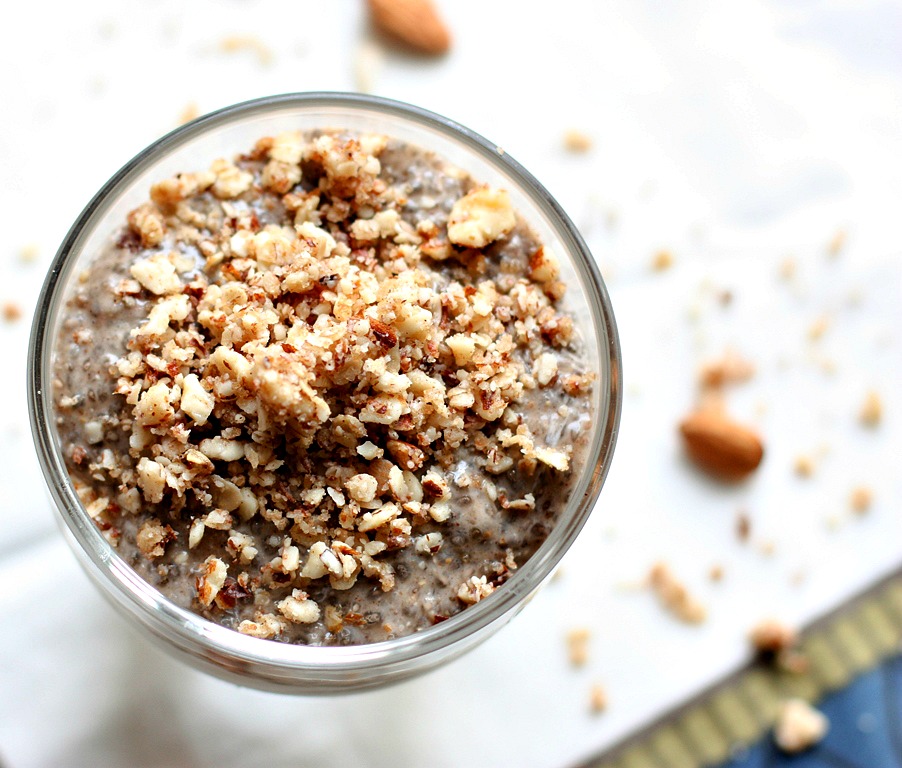 If you know me, you know I like my nutrients dense. Almonds are my go-to snack because they are loaded with nutrition. Ounce for ounce, almonds are the tree nut highest in protein, fiber, calcium, Vitamin E, riboflavin, and niacin. They are also one of the highest sources of hard-to-get and hard-to-keep magnesium. As women, we use up magnesium faster than we can replenish it so knowing almonds are a great source is a total plus. 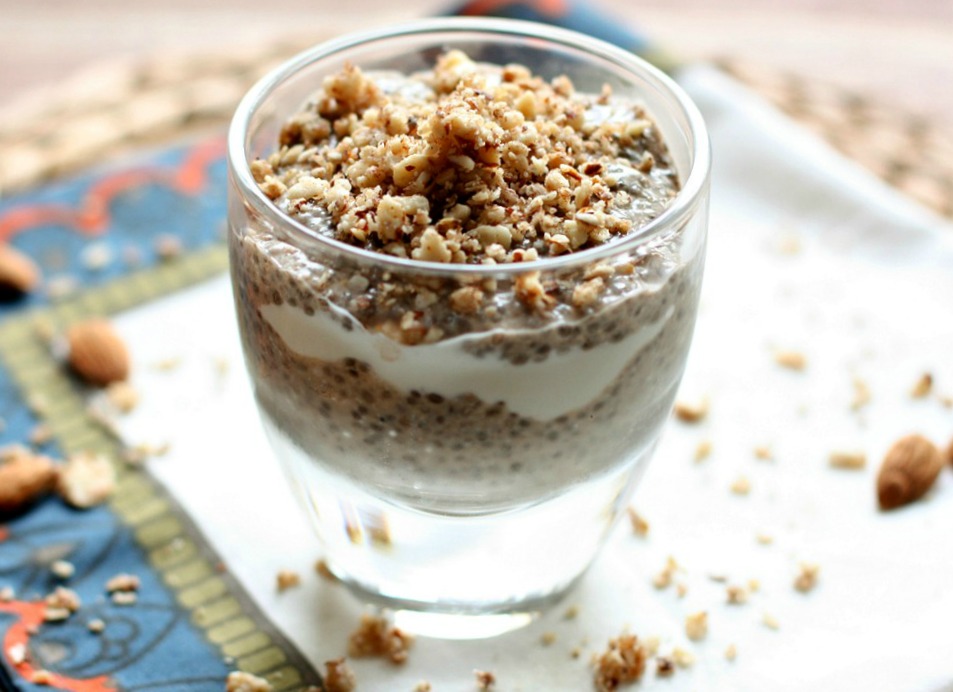 If you’re not a huge fan of banana, don’t worry. I’m not either. In fact, I never choose banana-flavored anything. But this pudding doesn’t taste overwhelmingly banana, at all. In fact, after you stir it up is when the deliciousness really happens. In every bite you get the perfect mix of chia pudding, sweet and creamy banana yogurt, and crunchy almond topping, which I think is the best part!  It’s a mixture of oats, chopped almonds, coconut oil, and a little brown sugar for a sweet bite.

And if you really can’t stand the thought of the bananas, just use another fruit. Strawberries would be delicious, so would peaches or blueberries. It’s that simple. I hope you’ll mix up a batch of this tasty treat for someone you love today! 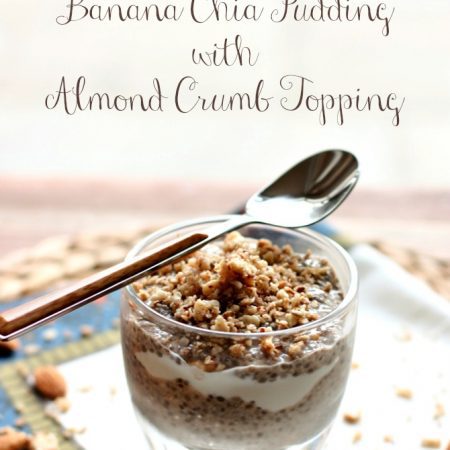 SIGN UP
Best thing about doing cooking demos in my kitchen

Want to save time when it comes to smoothie prep?

Do You Eat Right For Your Sight?
Scroll to top