June is zoodle mania in our house. There’s something about the start of summer that gets my spiralizer hummin’! This salad is a play on a old favorite of mine: this roasted corn and spiralized zucchini noodle salad with cherry tomatoes. I ate the heck out of that salad in 2014.

I love this recipe because it’s veggie on veggie on veggie. Could it be healthier? I think not. The first level of veggie is the spinach pesto. I threw some baby spinach, parsley, pistachios, miso paste, and a little Parmesan cheese into the food processor. I blended that up to create this beautiful creamy pesto that I tossed with the spiralized zucchini noodles, which are the second level of veggies. Then I tossed the zoodles with sauteed asparagus and chopped cherry tomatoes, the third level of veggies. 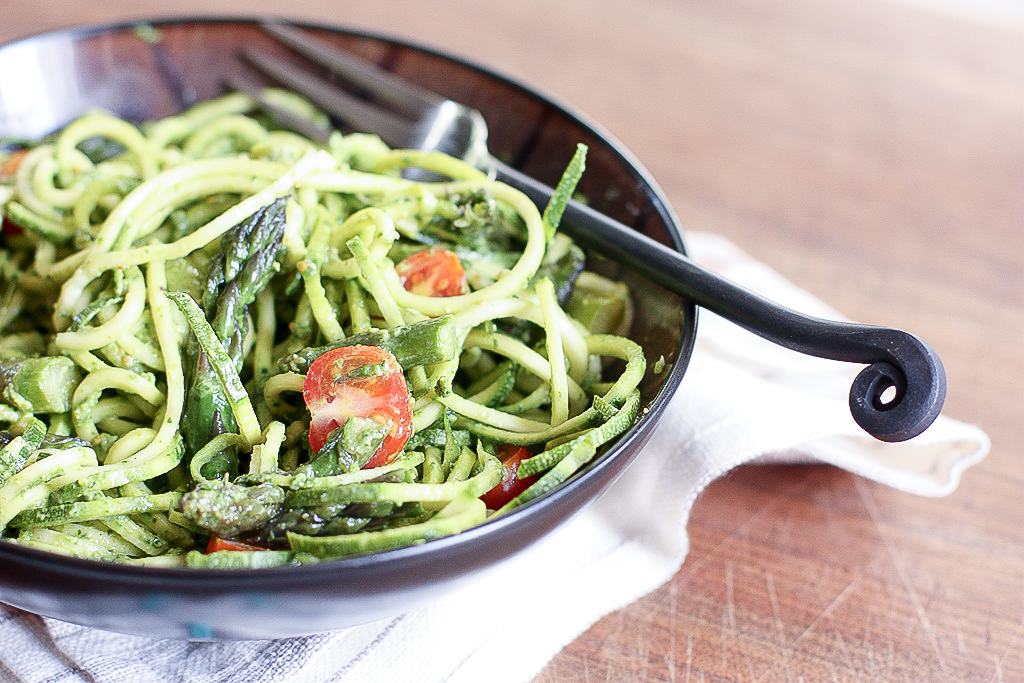 This zoodle salad is truly satisfying and super tasty. Why is it so satisfying? Well for one, between the spinach and the veggies, it’s packed with fiber. I also didn’t skimp on the fat. I used pistachios, olive oil and a bit of Parmesan cheese in my pesto. I could have just eaten my spiralized zucchini with some marinara sauce, that would have been quick and easy. But it likely wouldn’t have been as satisfying for the long haul. You have to add some fat and a bit of protein to make a truly satisfying meal. 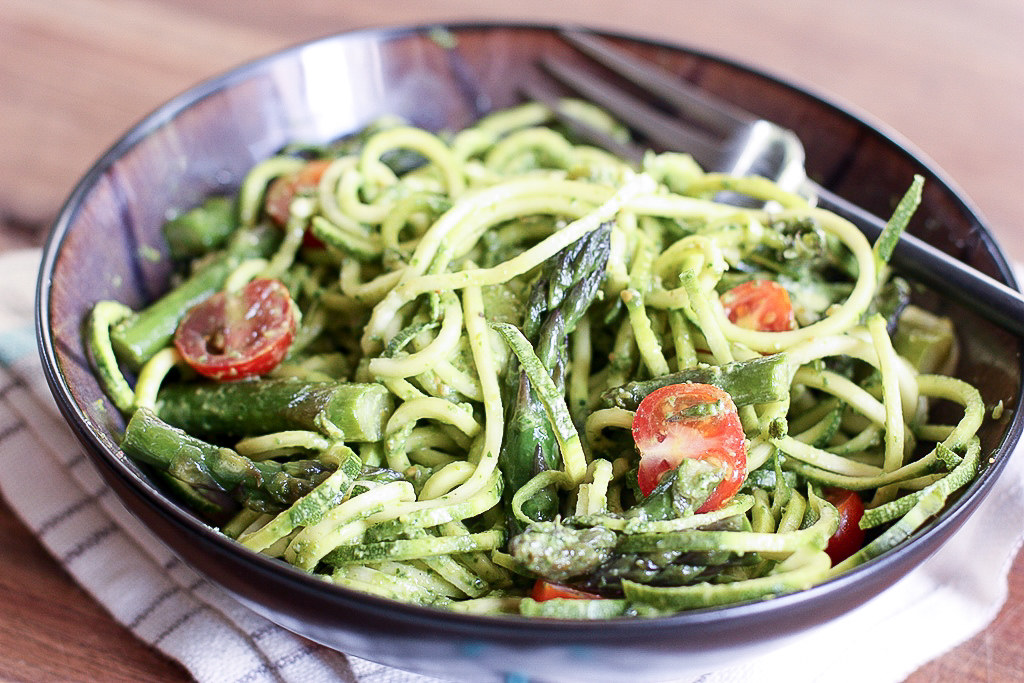 For some people, this is definitely not enough to keep them full. I totally get that! This would be a side dish for my husband (and it was!). He would need a protein and another carb on the side to feel “done.” He grilled up some steak and had a small sweet potato with this salad. I was actually okay with it as is. Keep in mind I had 2.5 times the serving he did. My dinner strategy is to get full off more veggies. It works! 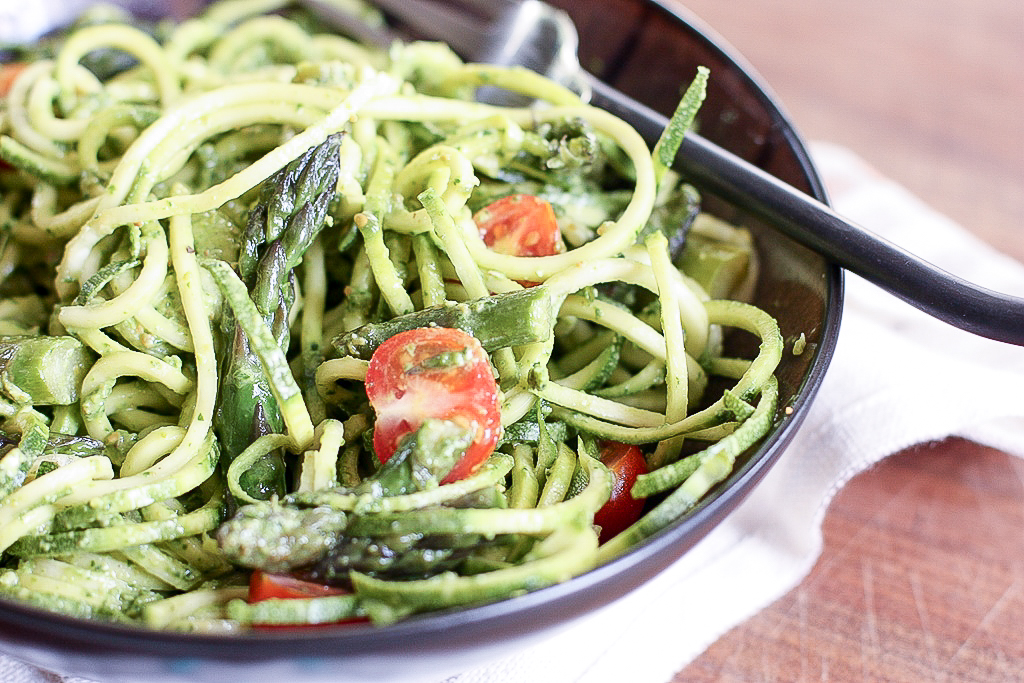 However you need to make your veggie noodles work for you, I say get it done. Whether as a side dish or a main meal, spiralizing your veggies is a great way to eat more of what does a body good — especially this time of year when we have tasty tomatoes, fresh corn and tons of zucchini to look forward to!

Need a little more inspiration? Below are a few more recipes: 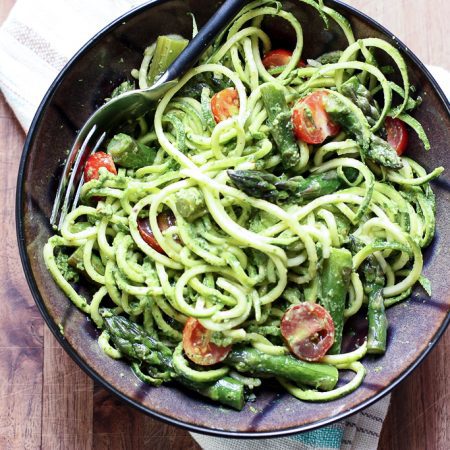 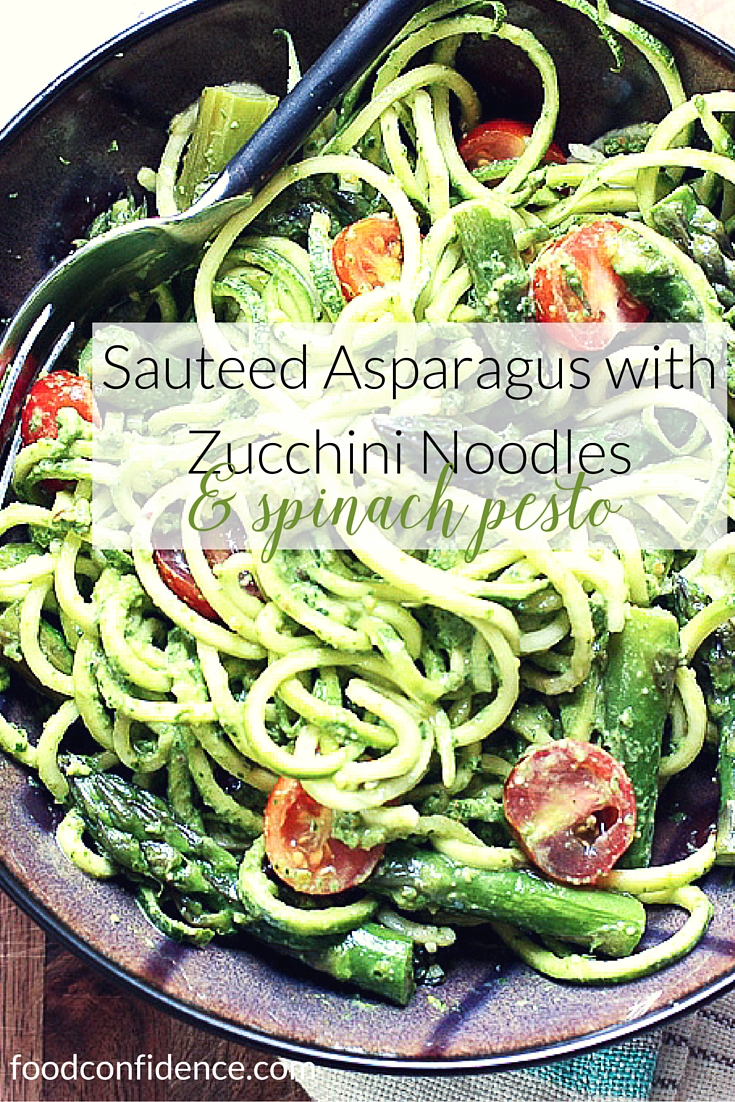 SIGN UP
Herbs and supplements can be beneficial to enhance

Becoming a conscious eater is one of the best ways

Feeling a little “off?” I get it. Could be you

There’s one thing I know for sure: getting “he

How to Eat Clean on Vacation
Scroll to top